Professional Greek soccer team, Olympiacos FC, has selected Chicago as the location for its first US soccer school and player development. The club has academies across the world, including Greece, Cyprus and Australia. As an official Olympiacos academy, players who attend the soccer school training standards set by the team, will adhere to the team’s guidelines, and will wear the club’s uniforms.

Young players will have a direct line to the Olympiacos FC resident academy in Greece and the possibility to be chosen for first team play. Actual club players, coaches and leadership will visit the local school to assist in enhancing the experience of our young players.

The philosophy governing the operation of the associated soccer schools is the following:

The purpose of this network is not solely competitive and commercial but also social, giving children of young age the opportunity to get to know football and sports in general. That’s how they can acquire the necessary knowledge and accurate sports culture that will help them take part in various social activities thus contributing to the social whole as active citizens. 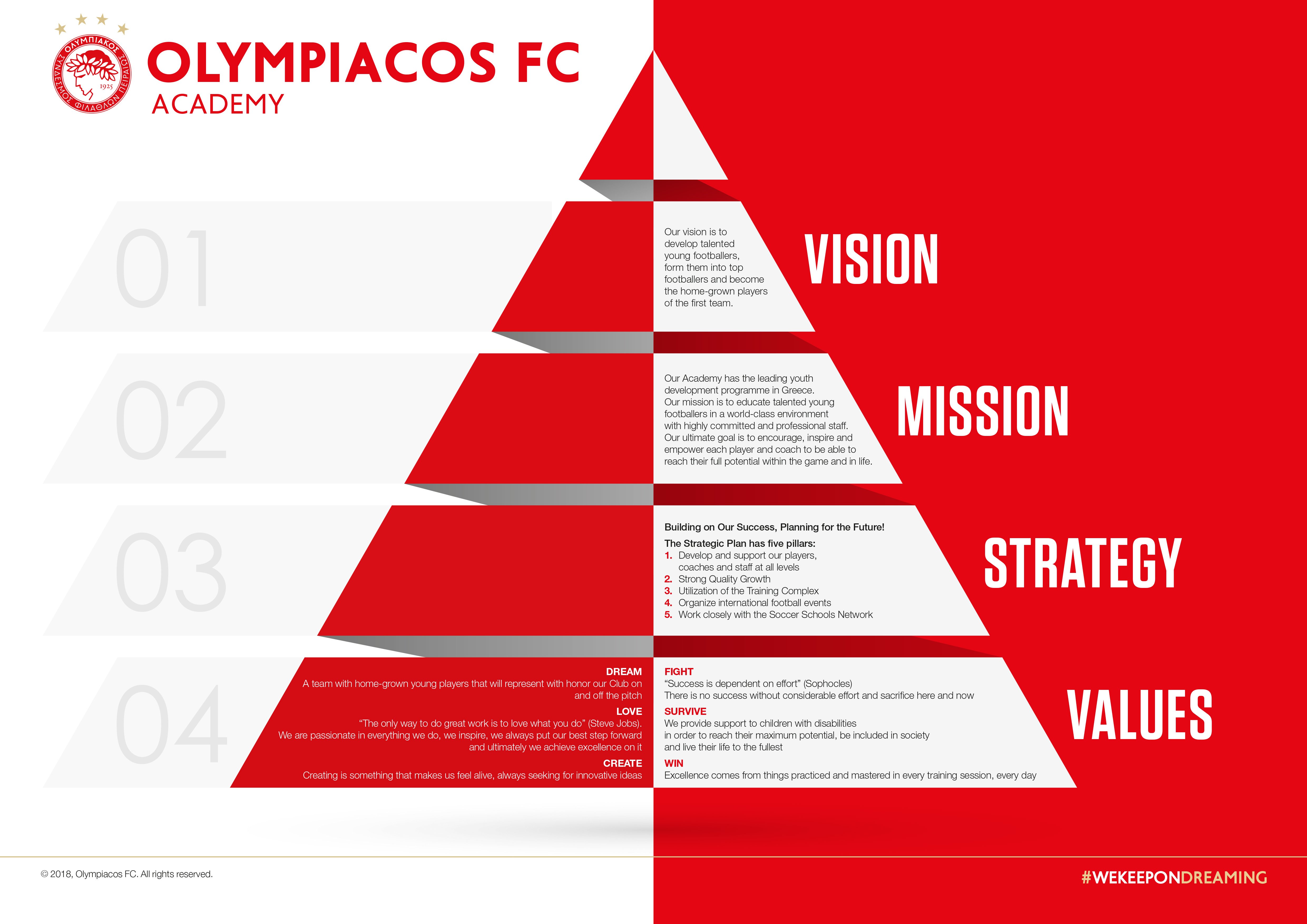 Olympiacos F.C. (Greek: Ολυμπιακός Σ.Φ.Π.), also known simply as Olympiacos or Olympiacos Piraeus is a professional soccer club, based out of Piraeus, Greece. Olympiacos is the most successful club in Greek soccer history, having won 38 League titles, 24 Greek Cups and 4 Greek Super Cups; more titles than any other Greek team and it is one of four teams that has never been relegated from the Greek Super League; in European competitions, they have reached the quarter-finals twice, in the 1998–99 UEFA Champions League and the 1992–93 European Cup Winners’ Cup. Olympiacos is also one of the founding members of the European Club Association.

The club’s stadium is the newly rebuilt Karaiskakis Stadium in Piraeus (33,000 seats). Olympiacos is the most popular Greek club with around two and a half million fans in Greece.

Any cookies that may not be particularly necessary for the website to function and is used specifically to collect user personal data via analytics, ads, other embedded contents are termed as non-necessary cookies. It is mandatory to procure user consent prior to running these cookies on your website.